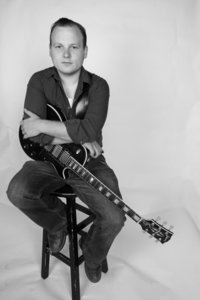 Jimmy seemed destined to be a musician. Born in Toronto on the same day as B.B. King, he was raised in Peterborough, Ontario in a household filled with the music of Led Zeppelin, The Beatles and Jimi Hendrix. While he played hockey from the age of 3, once he picked up the guitar at 10, he put everything he had into mastering the instrument. Like any kid of the nineties, he could’ve been inspired by Nirvana or Radiohead, but instead he was drawn to the blues.

“It just seemed so real,” explains Jimmy. “It’s just a really soulful music and it comes straight from the heart. There’s nothing used to hide anything. It’s just straight up.”

A year after first picking up the guitar, he convinced his father to drive him to downtown Toronto to meet Jeff Healey at the legendary guitarist’s original blues club. Busking on the sidewalk, Jeff came outside to witness this kid prodigy and personally invited him in for a jam session. In 2002, Jimmy released his first CD, Old Soul, a mix of covers and originals that earned him international attention. “It’s a neat thing to have,” says Jimmy of the album he made at age 11. Albums released by Jimmy are  Old Soul (2003), Soap Bars & Dog Ears (2004) Jimmy Bowskill (2008) Live (2010) and Back Number (2012).