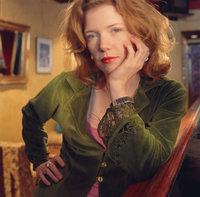 Born and raised in Ottawa, Canada, Foley hails from a large, music-loving, working-class family. In her early years she sang with her father, who loved to play Celtic folk songs, while her brothers were in bands hammering out the hard rock covers of the 1970s. Her love of the Rolling Stones and other blues rock bands found Sue checking song writing credits on the albums, where names like Willie Dixon, McKinley Morganfield and Chuck Berry were found, leading to the originators. For her thirteenth birthday, she received her first guitar - “it was my saving grace,” she says - and locked herself in her room until she learned how to play. At age sixteen she was gigging around Ottawa clubs, at eighteen she left home for Vancouver, British Columbia, with nothing more than a small suitcase and her guitar.