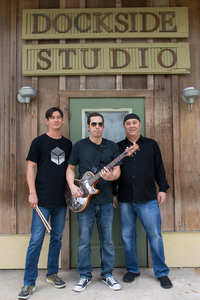 US-American musician with Cuban and Italian roots. As a teenager Albert Castiglia started playing guitar and realized that writing his own music was the best way to express his thoughts.

His first breakthrough was when Junior Wells hired him for his touring band, so they played several world tours together. In 1997 the New Times magazine in Miami named him the “Best Blues Guitarist” and finally, in 2002, Castiglia released his debut “Burn”.

After 27 years of house-rocking studio albums and smack-in-the-mouth live shows, the Florida bandleader is the acknowledged master of red-raw, sweat-and-hair blues that gives it to you straight. Now, the visceral riffs and bruised soul of Up All Night make everything else sound like a lullaby. “I’d describe the musical vibe of this new album,” says Castiglia simply, “as heavy.”