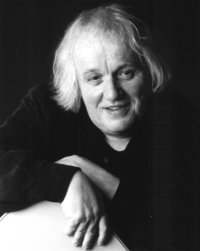 Kevin Coyne was born in Derby, January 1944 and was educated at the Joseph Wright school of art (1957 - 61), then Derby College of art where he studied graphics and painting, obtaining the N.D.D. in 1965.

Coyne's first job was as a social therapist at Whittingham Hospital, Lancashire (1965 - 68). In late 1968 he moved to London, starting to work for the Soho project as a counsellor for drug addicts in 1969. This work was a source for many of his early songs and remains a major influence today.

In 1973 a youthful and idealistic Coyne signed as a solo for Virgin (after a five album spell with Siren on Dandelion records) proceeding to make eleven L.P.'s over the next ten years. This period brought us some landmark albums that today are considered true underground classics. The classics of this period were: “Blame It On The Night” (1974), Marjory Razor Blade (1973), the acoustic solo effort “Dynamite Daze” (1978) and the late 70s/early 80s best selling album “Millionaires and Teddy Bears” (1978). Coyne influenced many later artists, especially in the Punk era - Johnny “Rotten” Lydon, the singer of the “Sex Pistols”, claimed Coyne as a major influence. He recorded with the likes of Andy Summers, Zoot Mooney, Carla Bley (for her album "Silence"), and Dagmar Krause. It was a productive time in his career, with tours of Australia, Europe, Canada, the U.S.A. and work in the theatres (the self-composed musicals "Babble" and "England, England"). Life was hectic. Something had to give.

A complete nervous breakdown came in 1981, the main causes being alcoholism and overwork.

Virgin Records departed to be replaced by Cherry Red, and succession of dark, brooding albums.

1985 was a big year of change. Coyne left London and resettled in Nuremberg, Germany. The move was a good one, resulting in the formation of a German group (The Paradise Band), a fresh recording career and drastic change of live-style (he quit drinking for good in 1987). Creativity was still in full flow. Ten albums have been recorded during his time in Germany.