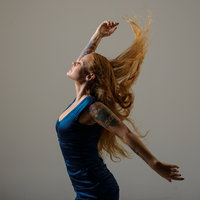 Ever since she fell for the blues via her father’s record collection – then fronted his band aged just fourteen – it was clear that Layla had a voice in a million. Those astonishing lungs have led her from early cover bands in British Columbia to her debut solo album in 2005, through sessions with Henrik Freischlader and hook-ups with Sonny Landreth, and onto world-renowned stages from Montreal Jazz Festival to Rockpalast. No wonder that her much-missed friend and occasional collaborator Jeff Healey was once moved to comment: “She’s created probably the biggest buzz vocally of any singer I’ve heard about in years in Toronto. She is wonderful…”