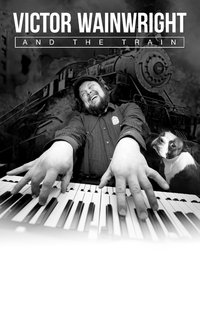 Wainwright has always been an artist that sets the pace. Born into a musical family in Savannah, Georgia, the formative influence of his father’s vocals and grandfather’s rolling boogie-woogie piano compelled him into a life of music. By 2005, he’d announced his talent with solo debut, Piana’ From Savannah, while his central role in Southern Hospitality and partnership with Stephen Dees in WildRoots has seen him ignite stages and stereos for over a decade. “Looking back on your career is a tough thing to do,” he says. “Challenges are many, and frequent, but when you get it together, it can also be extremely rewarding.”

A man of many talents, Wainwright is a composer, producer, vocalist, piano player and award-winning entertainer. A long-standing leader of the boogie-woogie pack, he could refer you to his BMA and Blues Blast trophies, or a catalog that has repeatedly hijacked the Billboard Top 10.